Over the past couple weeks, Guerrilla Tees is excited to have rolled out nearly twenty designs covering all sorts of niches. We’ve even introduced a whole new line of tshirts, our Organic Foods/Farming Tees (we’ll showcase those later), as well as touched on some past favorites. There’s even a fresh Phish mashup and a surprise for all of our phans!

A word of warning, there’s a lot of Star Wars… 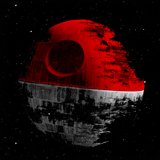 Between the buzz surrounding Pokemon Go and The Force Awakens, we knew there had to be a good mix of the two, and I believe we’ve found the perfect fit. As you can see, “That’s No Moon”, It’s an intergalactic Pokestop. Rumor has it you might find a legendary bird like Articuno or Zapdos, and we know if Mewtwo is hanging out somewhere, this has got to be it. Round up your lineup and get ready to fight at Vader’s Gym, we hear he’s got a nasty crew of Storm Trooper Trainers and Pokemon of his own. 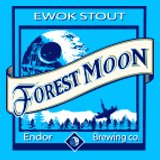 To carry along with the Star Wars theme, and to piggyback off some of our hottest summer tshirts we’re bringing you something to cool off with this fall. A nice Blue Moon inspired Forest Moon: Ewok Stout parody shirt. We’re traveling to Endor to find out exactly what the Ewok and Dulok are brewing up in Bright Tree Village. Upon your next journey through the galaxy be sure to pick up some Ewok Jerky, and wash it down with this fine microbrew, but don’t forget the orange.

Alright Phish fans, this is the one for you! 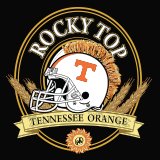 Last month we introduced a handful of new phish tshirts including Makisupa and Possum, but they don’t quite live up to the hype of this next one. The crew is playing a show in Nashville and Guerrilla Tees will be there with bells on, and obviously an assortment of our favorite Phish shirts. Our Rocky Top Tennessee Orange shirt is an homage to the Volunteers with a little Shock Top mixed in. Whether you’re headed to the show or not, we encourage you to grab one of these ASAP as they’ll only be available for a limited time!

Enough about those other guys right? Let’s get back to Star Wars. 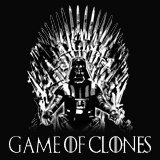 What bigger thing could we really mash with than the biggest show on TV right now, Game of Thrones. This terrifyingly funny tshirt features Darth Vader claiming his rightful place upon the Iron Throne. Tywin would be proud, he’s a much more intimidating leader than that little punk Joffrey. Tyrion is going to have his hands full trying to round up an army of Unsullied and Jawas to take out the Sith Lord. Jon Snow definitely doesn’t stand a chance unless he and his necromancer lady can team up with Daenerys and her army of Dragons.

I know I said 5, but I couldn’t resist throwing these both in here. 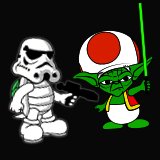 These little guys look like they could be something straight out of Mario Maker, and if they’re not they definitely should be. Maybe I'll pitch my idea for the latest DLC over to the guys at nintendo, Mario Maker: Rogue One. Bowser is rallying up a new fleet of Koopas, and arming them blasters. Mario is going to have a tough time avoiding these guys. Luckily for him he’s got the wisest of all Toad’s on his side. Maybe they’ll just send him in there to fend off the Storm Troopa invasion.

We hope you found these new graphic tshirts to be as awesome as we do, and we encourage you to share all your thoughts/ideas and crazy fan fiction stories with us on any of our social media pages.

Order Custom Shirts and Apparel for Groups and Business

Stay In The Loop

NO THANKS, I PREFER TO KEEP BROWSING