The Cleveland Lebrons are in the NBA Finals

For everyone out there who's as excited about the NBA finals as we are, we've released a new design that brings forth what everyone is thinking to a T-shirt. This year’s NBA finals features the Golden State Warriors taking on the Cleveland Cavaliers, or as we like to refer to them, The Cleveland Lebrons. 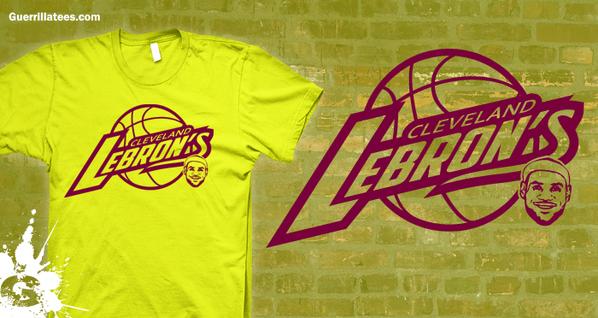 This is a team who went from NBA finalists, to the perennial doormats of the eastern conference without their savior. King James has single handedly resurrected the team yet again from a pitiful 24 win average in his absents (while he ruled the eastern conference from his interim home in south beach), all the way to a 53 win season and an NBA finals birth. 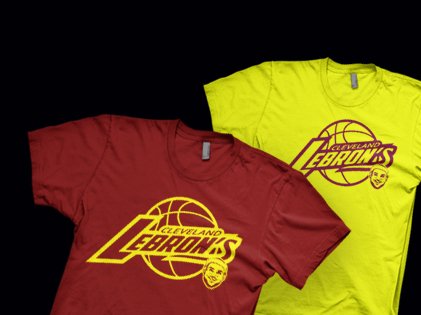 I think it’s about time that the Cavaliers, and maybe all of the eastern conference, paid their respects to their one true king. I mean c’mon, the dude dropped 44 points on the road, and his sorry excuse for teammates couldn’t rally up to get the win. He had to put up a triple double in game two just to even the series. We’ll see how Stephen Curry and the rest of the Golden State shooters handle things now that the series is tied up and moving to Cleveland.

What’s the king got to do to take home his 3rd NBA finals ring? Stay tuned to find out!

Don’t miss out on our 2 for $20 promo going on right now either. You can pair one of these Cleveland Lebron tshirts with any of our other tees. Be sure to check out our other sports tshirts, as well as our always popular funny tshirts and our brand new selection of women’s tank tops.

Order Custom Shirts and Apparel for Groups and Business